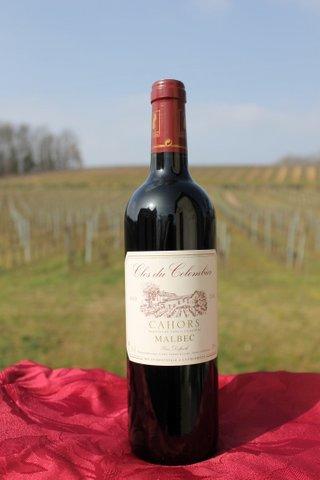 Deep purple in colour, if not quite the famous 'black wine' of old, this version of Cahors has a complex aroma of damson, dark plums and hints of mushrooms, plus some rounder vanillin notes from the oak ageing. On the palate, it's full, satisfying rather than heavy (13%), with a complex palate and a smooth finish. In many ways it has more in common with a New World Malbec in its fruit character and polish but it also has an interesting subtlety and complexity typical of the better French reds. It's a wine for roast meats, cassoulet, venison and mature cheeses.

Cahors in South West France (between Bordeaux & Toulouse) flies the flag for Malbec in France now that it virtually disappeared from Bordeaux. In Cahors it benefits from favourable climatic conditions which are slightly drier and warmer than Bordeaux and stony, clay-based soils which suit the grape variety. Wine-making is traditional and in the case of Clos du Colombier, artisanal. Wines can differ widely in style in this appellation so it's a relief to note that Clos du Colombier sits at the quality end yet while remaining approachable. So there's lots of character but not too much 'farmyard' in the resulting wine.