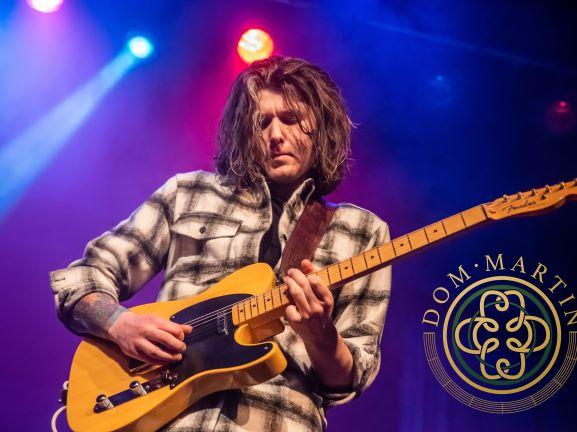 After 18 months since his first gig with us in 2020, we are delighted to announce the return of Dom Martin.

Although a young man new to the scene, it would be wrong to think Dom Martin hasn't paid his life and musical dues. Brought up in the often tough, but community driven, streets of Belfast Northern Ireland, Dom traded his craft for a time locally without a (self confessed) clue how to break into the (international) music business and possibly with too much humility to try. 'Discovered' by his present manager, Dom has made a fairly 'meteoric' rise in terms of today's industry, with his first ever EP release attracting BBC 6 music and BBC Radio 2 support - including a converted session with Cerys Matthews and, quite rightly, he now has a number of international tours and Festivals in the book for 2021/22.

Dom was awarded Best Solo/Acoustic Act in the European Blues Awards 2019 and having been a three category nominee in the 2020 UK Blues Awards, picked up Best Acoustic Act 2020