No mud, no portaloo.....plenty of wine and food and 5 hours of live stream from Worthy Farm, courtesy of Driift and powered by Screen. 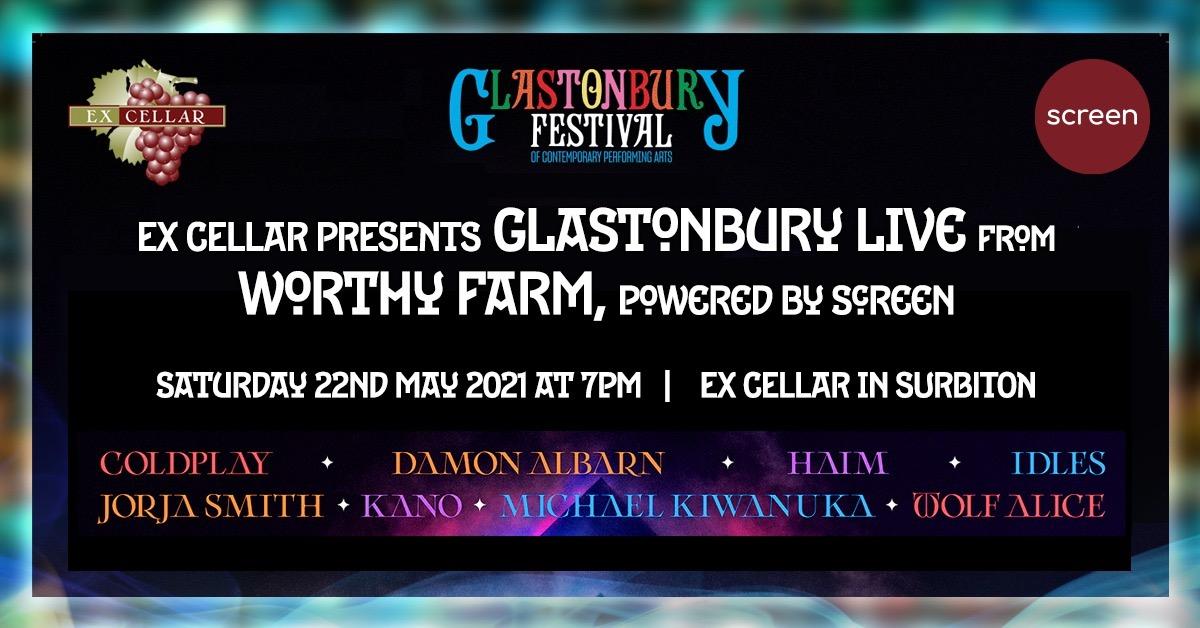 We’re delighted to announce that Worthy Farm will be hosting an exclusive livestream concert from on Saturday, 22nd May!

Ex Cellar Surbiton will be showing this on a large screen provided by screen.film

The five-hour spectacular will feature performances from a host of amazing artists who are giving their time to support the Festival: Coldplay, Damon Albarn, HAIM, IDLES, Jorja Smith, Kano, Michael Kiwanuka, Wolf Alice, plus DJ Honey Dijon. There will also be a number of unannounced surprise performances.

Filmed across the Festival’s Worthy Farm site at landmarks including the Pyramid Field and the Stone Circle, the event will see a range of artists giving their time to perform in support of the Festival, including Coldplay, Damon Albarn, HAIM, IDLES, Jorja Smith, Kano, Michael Kiwanuka, Wolf Alice, plus DJ Honey Dijon, who will all perform as part of an uninterrupted film production. There will also be a number of unannounced surprise performances.