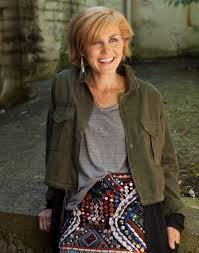 Chart-topping and multi-award winning Irish singer songwriter Megan O’Neill is one of the most exciting Alt-Country artists on the current scene.

She released her debut EP ‘Coming Home’ in May 2015, reaching #1 in Irish country charts & was awarded ‘UK EP of the Year’ (W21Music). In February 2017, Megan released a second record with her band ‘The Common Threads’ titled ‘Stories to Tell’ which was recorded at Mark Knopfler’s British Grove Studios with the legendary Guy Fletcher (Dire Straits, Roxy Music, Mark Knopfler) producing.

Megan has had her song ‘Don’t You’ featured on hit ABC TV Show Nashville, a performance at JJ Abrams’ Oscar Wilde party in LA alongside Gavin James and was selected to partake in the Americana Music Association song-writing workshop in 2017; performing at the annual conference during AmericanaFest UK. Megan has also performed multiple times at the prestigious Bluebird Café in Nashville as well as being twice chosen as one of Time Out London’s Rising Stars (2016 and 2017).